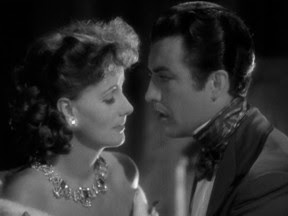 The tragic story of Marguerite Gautier, the courtesan known as the Lady of the Camellias, is well-known. The novel by Alexandre Dumas, son of the more famous author of The Three Musketeers & The Count of Monte Cristo, is probably less well-known now than the many adaptations on stage & screen of his story. Dumas himself turned it into a play & Verdi based his opera, La Traviata, on the story. Dumas based his novel on the life of a real woman, Marie Duplessis, with whom he had an affair. Marie died of consumption as Marguerite does in the book. This isn’t giving anything away because the book opens with the sale of Marguerite’s belongings at her flat after her death to pay her creditors.

The book has four narrators – the unnamed man who tells the story; Armand, Marguerite’s lover; Marguerite herself in a diary she wrote just before she died & Julie Duprat, a friend who was with Marguerite at the end. The sale attracts all fashionable Paris, especially the women who are curious to see inside the life of a scandalous courtesan. The narrator buys Marguerite’s copy of Manon Lescaut & reads the inscription inside from Armand. Armand tracks him down to buy back the book, the two men become friends & Armand tells the story of his affair with Marguerite. Before the story proper begins, there’s a truly horrifying scene at the cemetery when Armand arranges for Marguerite to be exhumed & moved to a different grave. I was shocked by the graphic description of the decomposing body. Armand naturally falls ill at the sight & has to be helped away from the graveside. It’s while he’s recovering from brain fever that he tells his new friend his story.

Armand is an innocent young man who sees Marguerite at the theatre one night & is instantly dazzled. He is introduced to her by a friend but he behaves foolishly, she laughs at him & he’s offended. He realizes that he has fallen in love but also that it’s hopeless as she is already suffering from consumption. Soon after, she falls ill & Armand visits every day for two months to enquire after her, never leaving his name. Two years pass before they meet again & they fall in love almost immediately.

Marguerite has a rich old Duke paying her bills although she’s not his mistress & another lover as well. She is burning the candle at both ends & her health is suffering. Armand eventually convinces her of his love & his desire to look after her & they move to the country for an idyllic period. Country air, good food & healthy living restore Marguerite’s health for a time & they are blissfully happy. Armand is living in a dream though because he’s gambling to support them both. His father, after hearing rumours of his son’s new life, travels to Paris. M Duval wants Armand to leave Marguerite & settle down to a career & a family. Armand refuses to leave her. Soon after though, Marguerite dismisses him with a cruel letter & resumes her old way of life. Armand is distraught & eventually decides to pay Marguerite back by starting an affair with another woman & cruelly taunting Marguerite whenever they meet. Armand eventually goes back to his family &, too restless to stay home, begins travelling. While he’s away, he hears of Marguerite’s death &, on his return to Paris, he reads the journal she had written during her illness, addressed to him & explaining her actions. Armand goes home to his family, leaving his friend, the narrator, to tell Marguerite’s story,

“From this tale, I do not draw the conclusion that all women of Marguerite’s sort are capable of behaving as she did. Far from it. But I have learned that one such woman, once in her life, experienced deep love, that she suffered for it & that she died of it. I have told the reader what I learned. It was a duty.”

For a 19th century novel, La Dame aux Camelias is short, only 200pp. Dumas isn’t writing a moral tale, his sympathies are squarely with Armand & Marguerite. Critics were scandalised by the sympathy with which he portrays the life of a courtesan, selling herself to a man who can keep her in luxury until he can no longer afford her, when she moves on to the next lover. Readers, however, loved this story of tragic love & renunciation. I found it intensely readable. Young love with a tragic ending, set in 19th century Paris, how could I resist? I felt such sympathy for Marguerite, her love for Armand overcoming her sense of self-preservation at the end. She dies a terrible death, with the bailiffs literally in her apartment waiting for her to die. I’ve never seen any of the film versions but I’d love to see Camille, the 1936 film with Greta Garbo as Marguerite & Robert Taylor as Armand. Remember him in Waterloo Bridge with Vivien Leigh? One of my favourite movies & another tragic love story.
Posted by lyn at 3:53 PM