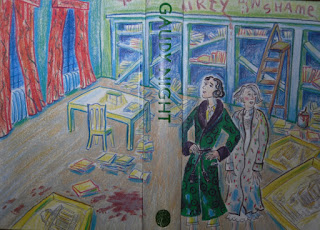 I've been watching the latest series of Lewis with Kevin Whately & Laurence Fox. One episode was set at a Gaudy at an Oxford women's college & as soon as the program finished, I grabbed Gaudy Night & started reading it for the umpteenth time. This is one of my favourite books. Dorothy L Sayers is one of the few mystery writers I can reread. Even when I know whodunit, I read her books for the atmosphere & flavour of England in the 1920s & 30s. As P D James has said, if you want to know what it was like to work in an advertising agency in the 20s, you read Murder Must Advertise. Sayers worked in such an agency & she gets the office politics just right. The Nine Tailors is a loving portrait of life in a village in the Fens, the same kind of place where she grew up. Have His Carcase is a portrait of a seedy watering place where rich widows are seduced by gigolos. In some ways, the investigation takes second place for me to the evocation of a period that has gone. 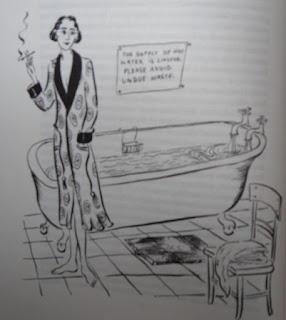 Harriet Vane is one of my literary heroines & Gaudy Night is her story. Peter Wimsey makes only fleeting appearances until quite late in the book. Harriet is a successful detective novelist. It's five years since she was tried for the murder of her lover, Philip Boyes, & acquitted with the help of Lord Peter Wimsey, who was convinced of her innocence from the moment he first saw her. Wimsey has pursued Harriet with proposals of marriage ever since & she has done her best to reject him. When she is invited to her old college's Gaudy, she decides to go, if only to meet a friend who is now ill & wanting to see her. Harriet has avoided Oxford since she went down. She had to work hard to make a living & then her notoriety made her wary of going back. Now, she's made a success of her professional life, however unsatisfied she may be personally, & she returns to Oxford.

The Gaudy reunites Harriet with old friends, some of whom she's happier to see than others. She finds she grown apart from Mary Stokes, the friend she came to meet, but is happy to be reacquainted with others, including the Dean, Miss Martin, & her English tutor, Miss Lydgate. Some of the other dons, including spiky Miss Hillyard, are less pleased at Harriet's return. When Harriet finds an anonymous letter in her gown, accusing her of murder, she thinks nothing of it. There have been many such letters & she returns to London after the Gaudy reflecting on how soothing a little time at Oxford pursuing some research would be.

A letter from Miss Martin, asking Harriet to visit Shrewsbury College for the opening of the new Library, awakens Harriet's desire to retreat to academe for a while. The Dean & the Warden of the College want to consult Harriet about a spate of unpleasant practical jokes & anonymous letters that have been sent to dons & students. The letters are explicit & very nasty, accusing people of disgusting crimes & unnatural acts. They all seem to be against the idea of women intellectuals, seeing an unmarried woman as an abomination against nature. Harriet realises that the letter she found was part of the same campaign & therefore the culprit could only be a don or one of the college servants as very few students were in college during the Gaudy. 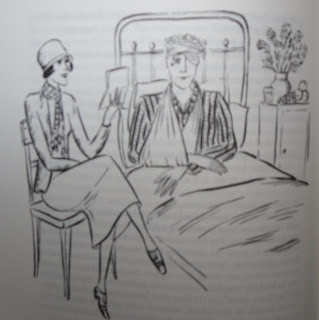 Harriet agrees to investigate & returns to College to research the life of Sheridan LeFanu as well as helping Miss Lydgate with the proofs of her new book as a cover for her investigations. While there, she makes the acquaintance of Peter Wimsey's nephew, Lord St George, & is pursued by Reggie Pomfret, a young undergraduate who she discovers helping a very drunk Shrewsbury student over the College wall in the middle of the night. The incidents & letters keep coming, including the vandalising of the Library the night before the official opening & letters being sent to a vulnerable student who attempts suicide as a result. As the atmosphere among the dons grows more poisonous, Harriet realises that she needs help & decides to consult Peter. 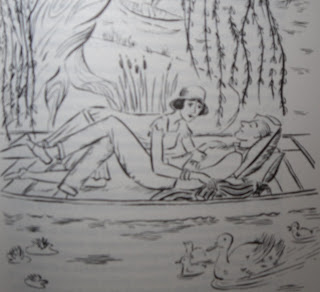 Gaudy Night isn't just a mystery novel though. It's really Dorothy L Sayers's love letter to Oxford. She writes so lovingly about Oxford, the University life, the College & all the personalities who inhabit it. The dons are beautifully drawn. Miss Martin is a delight as is Miss Lydgate, a scatty, lovable woman who is devising a new theory of prosody that requires her to rewrite her book endlessly while driving the printers mad with her use of different fonts & notation styles. The clash of personalities among the dons is convincing & Harriet discovers the downside of community life as well as the joys of scholarship & the ordered beauty of a life devoted to the mind rather than the messiness of personal relationships. This description of Oxford is idyllic & full of nostalgia for the days of Sayers's youth,

April was running out, chilly and fickle, but with the promise of good things to come; and the city wore the withdrawn and secretive beauty that wraps her about in vacation. No clamour of young voices echoed along her ancient stones; the tumult of flying bicycles was stilled in the narrow strait of the Turl; in Radcliffe Square the Camera slept like a cat in the sunshine, disturbed only by the occasional visit of a slow-footed don; even in the High, the roar of car and charabanc seemed minished and brought low, for the holiday season was not yet; punts and canoes, new-fettled for the summer term, began to put forth upon the Cherwell like the varnished buds upon the horse-chestnut tree, but as yet there was no press of traffic upon the shining reaches; the mellow bells, soaring and singing in tower and steeple, told of time's flight through an eternity of peace; and Great Tom, tolling his nightly hundred-and-one, called home only the rooks from off Christ Church Meadow. 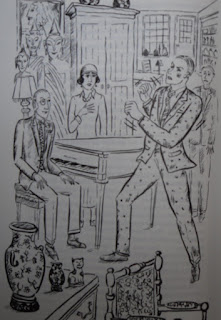 Harriet pursues her investigations & comes to terms with her feelings for Peter, finally seeing a way forward  that will allow her to preserve her hard-won independence while allowing someone else into her life. I always find the last few pages, as Peter & Harriet stroll through the College grounds after hearing Bach's Double Violin Concerto, very moving.

The pictures by Natacha Ledwidge are from my lovely Folio Society edition of Gaudy Night. I don't feel I'm done with Dorothy just yet though. In the middle of a hot Melbourne summer, maybe The Nine Tailors should be next or The Unpleasantness at the Bellona Club?
Posted by lyn at 1:51 AM