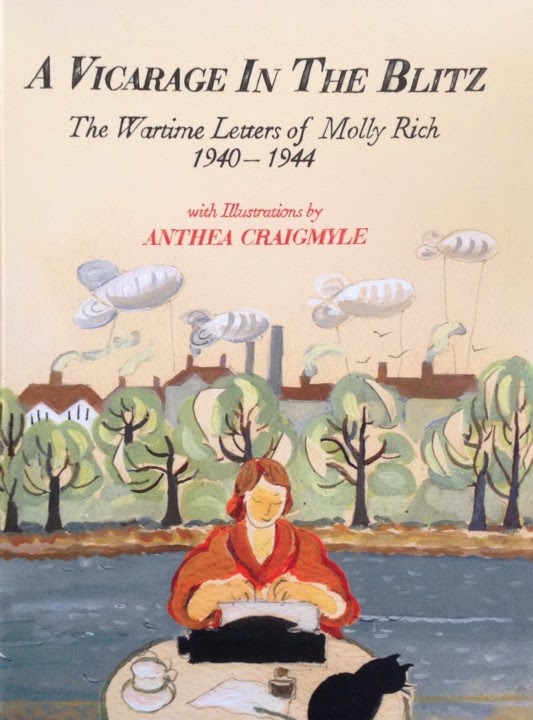 Molly Rich spent the war in London, keeping her home going & providing comfort & support to friends, family & neighbours. She was 41 years old & married to Edward, the vicar of St Nicholas, Chiswick. They had four children, aged from 12 to 6 - Helen, Lawrence, Patience & Anthea - all away at school out of London. The two youngest girls had been evacuated to Ware as their grandmother lived there & they went to the local school. The vicarage, which stood right on the river, was large & old-fashioned; the kitchen was a nightmare of inefficiency. Even so, Molly filled the rooms with refugees, bombed-out neighbours, relatives & anyone else who needed somewhere to stay.

One of these refugees was Otto, an Austrian Jew from Vienna, who arrived, aged 20 in 1939 & quickly became part of the family. Molly considered Otto to be her fifth child so she was horrified when he was interned as an enemy alien when war broke out & sent to an internment camp in Australia on the HMT Dunera, along with 2800 other men. The Dunera episode was a scandal as the ship was overcrowded & conditions on the voyage were so appalling that several of the ship's officers were court-martialled. Otto survived the trip & spent over a year in Australia before being allowed to return to England where he joined the Pioneer Corps & eventually the Army. He served in Europe until the end of the war.

This book consists of the letters Molly wrote to Otto during this time. Many of the early letters are quite despairing as she has no idea where he is & spends a lot of time visiting various Government offices trying to find out where he is. She knows her letters will be censored so she writes of the family, domestic trials, the impact of the war on Chiswick. Molly spent her nights fire watching & as the Blitz began, the upstairs rooms of the Vicarage became uninhabitable as it was too dangerous to sleep there in case of bombs. 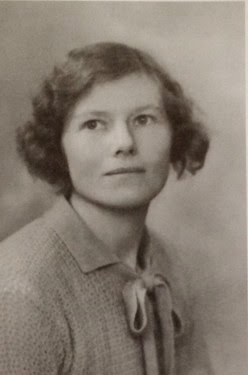 Molly's letters are often funny as she is very good at seeing the lighter side of rationing, impossible train travel & the bureaucratic roundabout she goes on when she's trying to get news of Otto.

One of the mysterious things is why trains should be so crowded directly there is a war. There are the same trains and the same number of people in the country and no one travels unless they can help it, but the trains always get crowded all the same. I remember in the last war when we went up to London we always made for the milk van, because we knew it was the only place where there would be any room. We always had to stand all the way, but we rather enjoyed it as our friends went by the milk van too and it was more fun than being stuck stiffly in seats at each side of a carriage.
August 31, 1941

Even when Molly is tired & exasperated, her humour still comes through.

My fingers are frozen and covered with chilblains, which have burst and I think the typewriter is frozen too. Thank God the water is still running, but I expect it is merely a matter of hours before that goes as well. ... Uncle Edward is interviewing replacements for Fred (the curate). He is considered a married curate with a young wife. I cannot cope with new curates and their wives. She will be pretty with big eyes, fluffy hair and a good complexion. She will wear her clothes as though she had thrown them on in the dark and will not put powder on her nose. She will have a soft voice and a bit of a Yorkshire accent. He will be tall, with a long face and big feet and look as if he had no insides. Very soon they will have a baby and I shall have to be very enthusiastic and produce baby clothes. I feel fed up, very tired and don't want to be excited about a baby or anything else.
January 6, 1942

At times she reminds me of the Provincial Lady,

The children and I attacked the garden yesterday. We were weeding and discussing the afterlife. I wonder why it is that when two or three people garden together this subject always comes up. We all rather like talking about it, because we know nothing about it and we can let our imaginations run riot. In the end I made a hole in my hand and have blisters all over the palm and the garden looks much the same as it did before. I want to get the ground clear so as to be able to plant fruit bushes as soon as possible in the spring.
December 25, 1944

By this time, Edward has left Chiswick & is a residentiary canon at Peterborough Cathedral. Their house in the Cathedral Close is even more old-fashioned than the Vicarage & Molly faces starting all over again in a new place with her usual good humour.

As well as writing to Otto, Molly also kept up a correspondence with her mother in the country, the children at school, two sisters in Africa & Edward's family in America & Trinidad. She also dug up her front lawn to plant vegetables & did all the housework & cooking with very little help. Molly's daughter, Anthea, who has put this collection together & illustrated it with charming line drawings, remembers her mother sitting in the garden, typing away on any scrap of paper she could find. The Rich family stayed in touch with Otto after the war & he gave Anthea the letters - over 600 of them - in the 1970s, telling her that they had kept him alive at a time when he felt completely hopeless & alone.

I love reading letters & journals of this period & it's wonderful that more are still to be discovered. I was amazed at all that Molly managed to achieve in her busy life. Maybe her letters, keeping all her correspondents in touch & included in her life, assuring them they were not forgotten, were the most important war work she could have done.
Posted by lyn at 2:42 AM