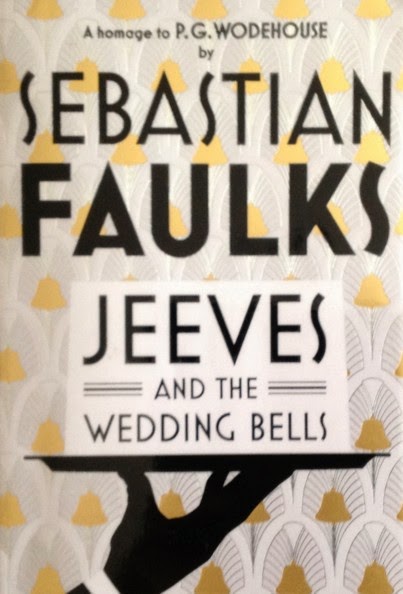 I've just had a couple of weeks leave & I've had a lovely time pottering in the garden & the house & reading quite a lot. These are a couple of the books I've read over the past fortnight.

I've never been a fan of prequels, sequels, missing chapters etc of my favourite novels. I'd rather just reread the originals & in the case of P G Wodehouse, I still have many books to read before I run out. So, I thought I'd give Sebastian Faulks' new novel, which he calls a homage to Wodehouse, a miss. However, my friend Barbara, who blogs at Milady's Boudoir (now there's a Wodehouse reference), recommended it so I thought I should give it a go. I'm so glad I did because it's terrific. I read it in two sittings & laughed out loud more than once. With Wodehouse (or a homage), that counts as a successful reading experience.

Bertie Wooster has been on holidays on the Côte d’Azur where he meets Georgiana Meadowes, the ward of Sir Henry Hackwood. Even though Bertie is known for getting involved in dubious engagements, he is really very taken with Georgiana but thinks she is far above his reach. She's also engaged to Rupert Venables, a young man with the money to dig Sir Henry out of a financial hole & allow him to stay at his family home, Melbury Hall. Back in London, Bertie's old friend Woody Beecham comes to him with a dilemma. He wants to marry Amelia Hackwood, daughter of Sir Henry, but has no money & so Sir Henry isn't keen. Either Amelia or Georgiana must marry money to save Melbury Hall.

Amelia has broken off her engagement with Woody because she says he was flirting with some girls from the village while Woody says he was just being polite. Woody asks for advice from Jeeves & an ingenious plan is put in train. Jeeves & Bertie decide to help Woody by being on the spot near Melbury Hall to offer advice. The plan also saves Bertie from the perils of a visit from his Aunt Agatha who has invited herself to stay. Being so close to Georgiana is another incentive. Unfortunately the plan is derailed by circumstances which mean that Jeeves ends up impersonating Lord Etringham, an elderly peer, & Bertie masquerades as his manservant, Wilberforce. The complications multiply &, although Bertie isn't at all sure about his vocation as a servant, Jeeves seems to be enjoying his new role a little too much.

Sebastian Faulks has written a beautifully judged novel that reproduces all the familiar tropes without becoming a caricature. He makes it seem effortless which is the point of Wodehouse. The great set pieces of the village cricket match & the dinner party where Bertie tips a bowl of gooseberry fool into the lap of Dame Judith Puxley are funny & heart-stopping at the same time. I don't think any fan of Wodehouse could possibly be offended by this good-natured & affectionate tribute. 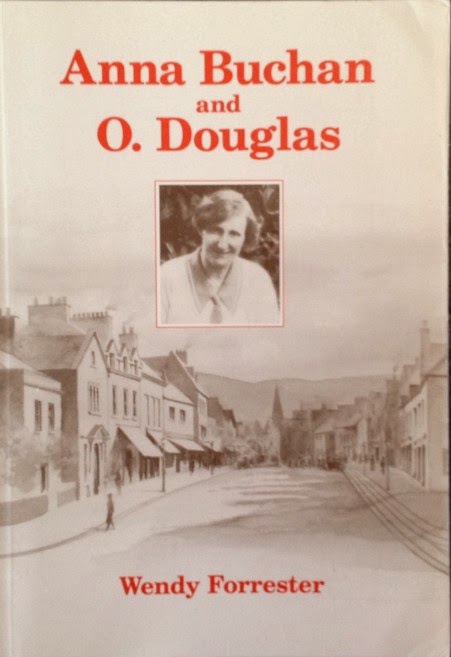 The category I think of as Nice Books has almost totally disappeared, although fortunately there are still some nice books. It is difficult to say just what qualifies a novel for it. The absence of gross language is, of course, essential, as is the absence of sexual impropriety, at least on the part of the hero and heroine. Perhaps the most noticeable feature of a Nice Book is, even when accompanied by sad or unpleasant events, a feeling of geniality and happiness. It also requires a feeling of geniality and happiness.

Wendy Forrester is describing Olivia in India, the first novel by O Douglas, but she could be describing any of O Douglas's novels. Wendy Forrester's biography of the author shows just how closely the life & the novels were connected.

O Douglas was the pen name of Anna Buchan, sister of John Buchan, author of many novels & Govenor-General of Canada. Anna chose her pen name for her novels of domestic life because she didn't want to be seen to be cashing in on her brother's fame. All her novels are similar in theme & setting. Apart from Olivia in India they are all set primarily in Scotland. There's also a certain amount of autobiography in the novels. There's often a small boy based on Alistair, Anna's younger brother who was killed in WWI. Priorsford, where several novels are set, was based on Peebles, where Anna lived with her brother, Walter.

The Setons, which I read recently, seems to be the most autobiographical novel she wrote. The manse family living in Glasgow, the move to the country when the father retires, the young brother, Duff, based on Alistair Buchan, the impact of WWI on the family. The only difference is the absence of Mrs Buchan. In the novel, Elizabeth's mother has died before the novel begins. Maybe this was because Anna, Walter & their mother lived together for over 20 years after Mr Buchan's death & Anna was wary of putting a recognisable portrait of her mother into her fiction. Forrester does see echoes of Mrs Buchan in other novels such as Mrs Laidlaw in Eliza For Common with her pride in being able to furnish a manse for her husband. One novel, Ann and her Mother, is about a woman writing a biography of her mother. It seems that Anna was writing a biography of Mrs Buchan in this novel.

Anna Buchan lived a quiet life. She wrote her novels, kept house for her brother, was involved in local activities & took some pride in the success of her books with readers & critics. This review in the Times Literary Supplement is a little condescending, it nevertheless sums up the appeal of O Douglas's novels.

Penny Plain is a very able and delightful book, but it is not the kind of book that the Marxian kind of person would like. Nor does the author like the Marxian kind of person. the author is not ashamed of taking pleasure in homeliness ... If we hold that the creator is entitled to deal with anything which exists, then he (or she) is entitled to talk about lamplit cheerfulness just as much as about passion and agony. The result, in this case, is certainly very pleasant.

Anna Buchan and O Douglas is a slight book of only 120pp. Wendy Forrester tells the story of the author's life simply & with sympathy & affection, both for the author herself & her books. This is a lovely companion volume to the novels & I'm looking forward to reading more of them in the future.
Posted by lyn at 2:19 AM