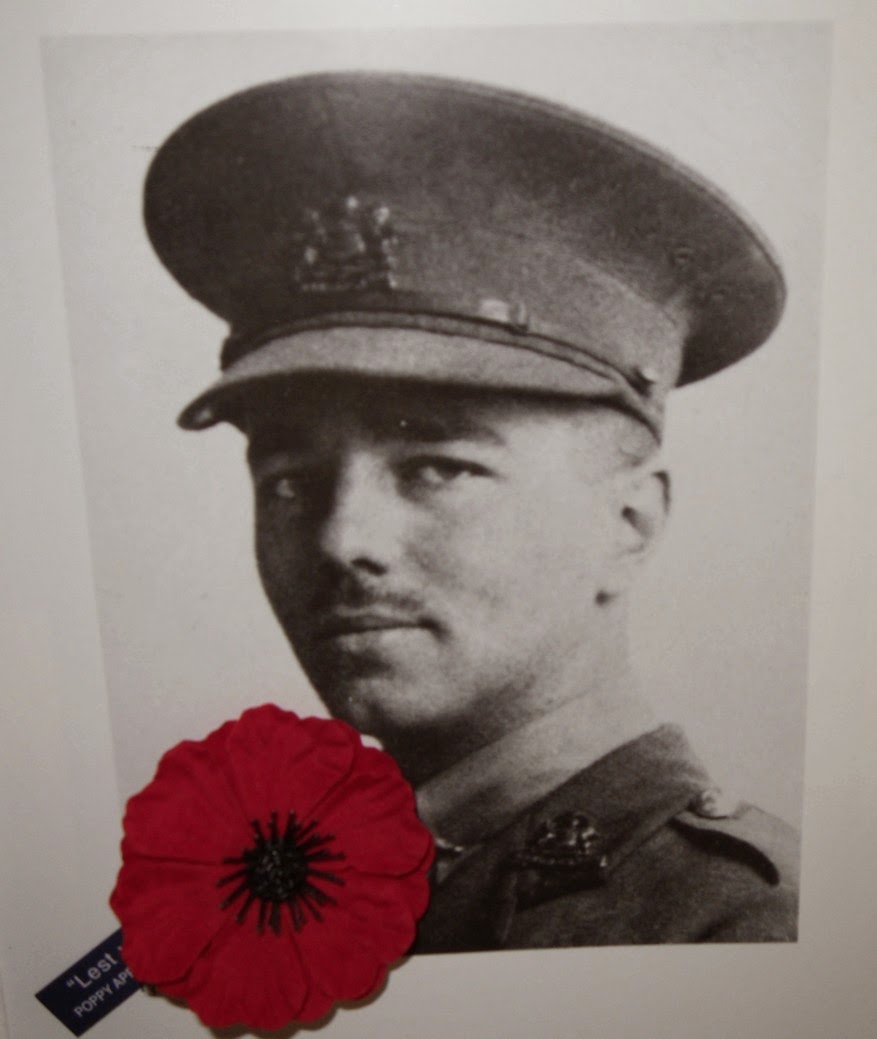 With Remembrance Day on Tuesday, I've had to replace Emily Dickinson with a poem by another of my favourite poets, Wilfred Owen. Anthem for Doomed Youth is so poignant & I especially love the second stanza with the image of the sadness of the women at home, living on with that sadness through all the years afterwards.

What passing-bells for these who die as cattle?
— Only the monstrous anger of the guns.
Only the stuttering rifles' rapid rattle
Can patter out their hasty orisons.
No mockeries now for them; no prayers nor bells;
Nor any voice of mourning save the choirs,—
The shrill, demented choirs of wailing shells;
And bugles calling for them from sad shires.

What candles may be held to speed them all?
Not in the hands of boys, but in their eyes
Shall shine the holy glimmers of goodbyes.
The pallor of girls' brows shall be their pall;
Their flowers the tenderness of patient minds,
And each slow dusk a drawing-down of blinds.

Another poem that evokes a similar feeling of looking back to another time was written fifty years later. MCMXIV by Philip Larkin. Looking back at an England that didn't survive the Great War, the innocence that was lost along with the open pubs & the cheery photos of young men joining up for a great adventure.

Those long uneven lines
Standing as patiently
As if they were stretched outside
The Oval or Villa Park,
The crowns of hats, the sun
On moustached archaic faces
Grinning as if it were all
An August Bank Holiday lark;

And the shut shops, the bleached
Established names on the sunblinds,
The farthings and sovereigns,
And dark-clothed children at play
Called after kings and queens,
The tin advertisements
For cocoa and twist, and the pubs
Wide open all day;

And the countryside not caring:
The place-names all hazed over
With flowering grasses, and fields
Shadowing Domesday lines
Under wheat’s restless silence;
The differently-dressed servants
With tiny rooms in huge houses,
The dust behind limousines;