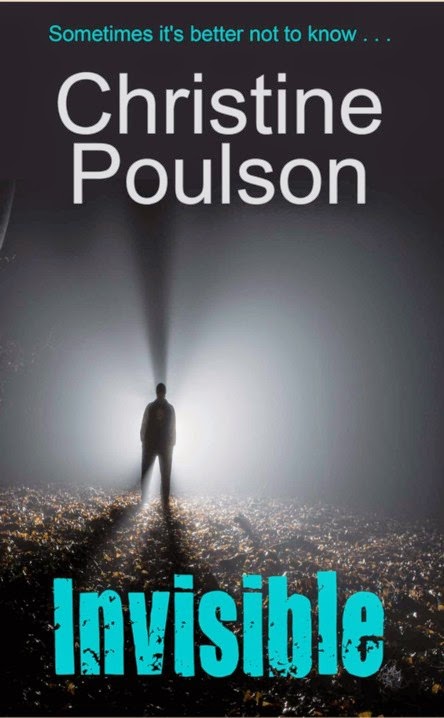 Jay & his family are settling in to a new house. But this isn't a planned move. Jay is in witness protection & his wife, Mia & son, Sam, seem unsure & a little apprehensive about their new circumstances. Next morning, a devastating explosion kills Mia & Sam & leaves Jay with physical & mental scars.

Five years later, Jay is still in hiding, but from who & what, we don't know. He is having an affair with Lisa, a single mother caring for a teenage son, Ricky, with cerebral palsy. Lisa & Ricky lived with her father, Lawrence, until his recent death & she is still grieving for him & the support he always gave her. Lisa & Jay met through a mutual interest in Chinese culture & continued to meet one weekend a month, always in out of the way cottages. The relationship suited Lisa. Ricky & his needs always came first & Jay understood that & never wanted more than she was willing to give. Lisa's ex-husband, Barry, had left when Ricky was a baby, unable to cope with his disability. He had always contributed financially but has had no contact with Lisa or Ricky for years. Suddenly, Barry turns up with a proposal that disconcerts Lisa & threatens to change her relationship with her son.

Lisa told no one about Jay, although she suspected that Lawrence had an idea that she was meeting someone on her precious weekends away. They lived in the moment so it didn't seem odd that Jay never talked about his family, his past or the scar on his face. But, after a visit to a stately home one weekend, things changed. Jay became reluctant to leave their rental cottage, no more visits to museums or eating out. Then, Lisa arrives for the weekend & Jay doesn't show up. At first, she's desperate, thinking he's had an accident or has been taken ill. She can't contact him, he doesn't phone or write, & she begins to discover how little she really knew about the man she loved. As her friend, Stella, says, "In my experience these things hardly ever come out of the blue. So often there are warning signs, just little things that you didn't want to see at the time. It's only when you look back that you realise." Stella thinks that Jay was married & that he's dumped Lisa when he was found out. The truth is so much more complicated, as Lisa discovers when she begins to look for those little moments, those hints that something was not quite right.

Jay, on the other hand, has realised that falling in love with Lisa was the biggest mistake he could have made. He's working on a plan to take revenge on the man who forced him into witness protection & killed his family. He knows he can't contact Lisa but doesn't realise that, as well as putting his own head above the parapet, he's also put her in great danger.

Invisible is a great thriller. I can't say too much more about the plot because the twists & turns are the whole point of reading a book that wrong foots the reader at every turn. I really needed to concentrate, especially in the beginning as many characters are introduced & their relevance only becomes clear as events unfold.  In the end, I just put aside an afternoon to finish it because I couldn't wait to find out what happened next. Invisible is more than a conventional thriller though, because we have the domestic, ordinary story of Lisa & Ricky alongside the story of Jay. This was the real attraction of the book for me. I'm not a fan of thrillers which are just one long chase after another with a little violence thrown in. As a fan of Spooks (I never missed an episode), I also loved the way Jay carried out his plans & Lisa's trip to the British Library - I can't say any more! Christine Poulson kept me reading by giving out just enough information to intrigue & puzzle so that I had to read just one more chapter. That's why, in the end, I just dropped everything else & read the last half of Invisible in one sitting.

I loved Christine's earlier series of crime novels featuring Cambridge academic Cassandra James & I still live in hope that there will be another Cassandra mystery one of these days. The series is available in ebook format, & the first book, Murder is Academic, is available in paper from Ostara Publishing, which has a great classic crime list. I read Invisible as a Kindle ebook & it's also available in paperback. There's more information at Christine's blog, A Reading Life.
Posted by lyn at 1:41 AM