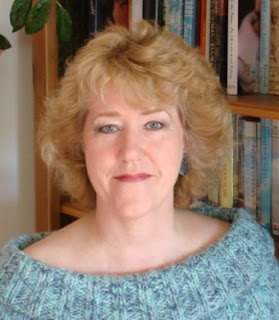 I'm very pleased to hand over the blog today to Linda Gillard, author of House of Silence, which I reviewed yesterday. Linda has kindly agreed to write about the struggle she experienced trying to get her book accepted by print publishers & why she decided to go it alone & e-publish. 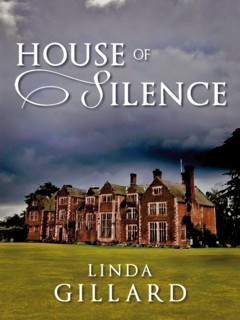 To paraphrase PG Wodehouse, “It’s never difficult to distinguish between an author with a grievance and a ray of sunshine.”

Two years ago I was dropped by my publisher. I was in good company. A lot of mid-list authors – some well-known names – were dropped as the recession bit deep. It seemed all editors wanted was “stunning début novels”, genre fiction and books by celebs. So-called “respectable sellers” like me were told our sales were disappointing and we were quietly dropped. Though I didn’t go that quietly. My third novel STAR GAZING was subsequently short-listed for three book awards and won one of them. (I think I hold the record for The Most Short-listed Author Without a Publisher.)

You’d think awards and short-listings would have made it easier for me to find a new publisher. Er, no. Publishers are ruled by the bottom line. Unless a book award stimulates big sales, it doesn’t count for much. It’s easier and cheaper to launch “stunning” début authors, offering in some cases risible advances or even no advance at all. (Some authors are now being offered just a share of the profits.)

After two years of my agent’s best efforts, we hadn’t found a publisher for my fourth novel, HOUSE OF SILENCE. Editors said the book would be hard to market because it belonged to no clear genre. Well, they had a point. HOUSE OF SILENCE is a country house mystery/family drama/rom-com/love story. Or to put it another way, COLD COMFORT FARM meets REBECCA.

It was very frustrating. I had a considerable, worldwide following and my loyal fans had been begging for a new novel for three years. Meanwhile I’d kept myself in the public eye by writing guest blogs, chatting on book forums and – ahem – winning the odd book award. I had a ready-made market for a new book, but no editor wanted to publish it.

To be fair, a couple of editors really loved HoS, but they couldn’t get their marketing team on board. One enthusiastic editor backed off when she discovered my next book wasn’t the same. She was dismayed to discover I wrote one-offs, which are – you guessed it! – hard to market. (Versatility is apparently a publisher’s nightmare. In what other field of creative endeavour is that true?)

And then the e-book revolution happened. Kindle was the answer to a grumpy author’s prayer. I no longer cared if I made money, so long as I broke even. I wasn’t desperate to see my name on a book cover or on a shelf in Waterstones. (Been there, done that.) No, this was about letting a book find its readers, who I just knew would love the story and characters.

So, with my agent’s approval, I decided to publish HOUSE OF SILENCE myself on Amazon for Kindle. Believe it or not, selling the e-book at £1.90, I'll still make more per copy sold than I did from my paperbacks! I only need to sell 100 to go into profit. (I paid a professional designer to do a cover to – oh joy! – my specifications. So there are no headless people. No supermodel legs. No illegible fonts. Just a cover that makes a very clear statement about the content of the book. Spooky old mansion under a lowering sky. An oldie, but a goodie.)

Readers think authors are giving e-books away at silly prices, but the appalling irony is, we’re actually making more money this way. That’s why some established authors are moving away from mainstream to e-publishing. They can make more money and have artistic control. So authors are rejoicing. The revolution is here!

Personally, I have nothing to fear from the e-publishing revolution. I’m already acquiring new readers with HOUSE OF SILENCE and they’ll turn to my out-of-print back-list, so I’ll publish two more e-books, EMOTIONAL GEOLOGY and A LIFETIME BURNING on Kindle later this year. If editors don’t want my fifth novel (finished) or my sixth (work-in-progress), then I’ll put those on Kindle too. There are plenty of people waiting to read them.

But I know a lot of my readers would prefer a paper book – to be honest, so would I - so I’m looking into print-on-demand to see whether it could be economic to produce “limited edition” paperbacks for readers who don’t have access to e-books or who want to own “a proper book”. Those won’t come cheap, so it all depends how much readers are prepared to pay to own a paper book.

Some fear e-publishing heralds the death of paper books, but I think there could be a backlash. I suspect the Folio Society will do very nicely out of the e-publishing boom. We’ve seen fountain pens and letter writing make a big comeback. Music on vinyl has become popular again. I’m sure readers will continue to collect special, well-produced books for their shelves, while amassing e-books on their Kindles. It isn’t either/or. We can have both.

Thank you Linda for sharing a writer's experience of the world of publishing. Have a look at Linda's website here for more information on her work & check out House of Silence at Amazon.
Posted by lyn at 7:12 AM