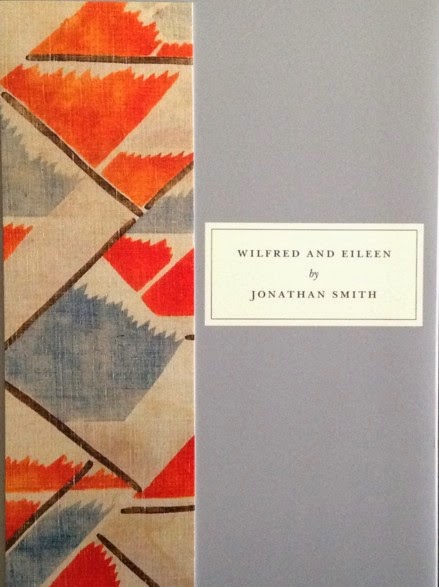 In 1913, Wilfred Willett is about to graduate from Cambridge & pursue his medical studies at the London Hospital. At a ball just before leaving Cambridge, he meets Eileen Stenhouse, & immediately feels an attraction for her. Eileen is beautiful, well-off but bored with her undemanding life & soon, Wilfred & Eileen are meeting to go for walks & attend galleries & exhibitions. Wilfred's medical studies are absorbing but sometimes bewildering as he learns about hospital hierarchies & is shocked to realise that the patients' welfare isn't always the top priority.

Wilfred's relationship with Eileen is frowned on by both families. Wilfred's parents have never had much sympathy for their son. The descriptions of Wilfred's meals with his parents are excruciating. They feel that Wilfred should concentrate on his studies &, as he relies on an allowance from his father, Wilfred is reluctant to jeopardise his career. Eileen's family are snobbish about Wilfred's prospects. The couple eventually marry in secret in December 1913 & meet for blissful afternoons in a hotel when they can. When war is declared in September 1914, Wilfred is determined to enlist & they're forced to tell their families that they are married.

Forced into a rushed church wedding, Wilfred enlists in the London Rifles Brigade &, after training at Crowborough, is posted to the Front. His regiment is in Belgium, at Ploegsteert, & Wilfred throws himself into his duties as an officer just as he threw himself into his studies at the Hospital. In December 1914, as he helps to bring a wounded man back into the trenches, Wilfred is shot in the head by a sniper. Through a communication mixup, Eileen isn't notified for some time &, when she is told of his condition, she decides to go out to France to bring him home.

Wilfred and Eileen is remarkable because it's based on a true story. In an Afterword, the author tells how he first learnt of the story from a pupil of his at Tonbridge School in the 1970s. The pupil was Wilfred & Eileen's grandson & this conversation led to Smith being entrusted by the family with Wilfred's diaries & papers. He was encouraged to turn the story into a novel, which was published in 1976 & later adapted as a TV series with Christopher Guard & Judi Bowker.

The story is simply told, with a great economy of style. It's a short novel, less than 200pp, & spans only a couple of years but there's so much experience contained within this short time frame. I was especially drawn to Eileen as she seems to draw on reserves of strength that she doesn't even realise she possesses. Defying her family in marrying Wilfred is one thing but when she has to go to the War Office to find out what has happened to Wilfred & then get a passport to go out to bring him home, she is transformed,

Something curious was happening to Eileen. She noticed it that night in her face. She was not by nature self-analytical and no one's habits and instincts could have been further from narcissism; sometimes she dressed if anything rather too casually, people thought, without sufficient attention to detail and straightness of hemline - even safety pins had been seen in her dress. But as she looked into the mirror she was caught and held by something dignified, tenacious, almost wilful in the eyes. Her mouth was set. This most adaptable and sensitive girl was revealing the firmness which perhaps had attracted Wilfred that night in Cambridge.

It's a measure of Smith's skill that Eileen is such a fully-formed character when the book is based on Wilfred's writings, especially as the early sections are more concerned with Wilfred's medical training. There are some horrible scenes in the Hospital of the self-absorption of the godlike surgeons & the contempt of the students for the poor patients who go to them for help. Wilfred's idealism about his work foreshadows the way he will react to the outbreak of war. He feels he must enlist, it's a reversion to his training & class, even though Eileen doesn't want him to. It does provide the catalyst for telling their families about their marriage which would have had to happen anyway but it still leaves them in limbo because they can't really begin their lives together while Wilfred is in the Army. I don't want to spoil the story by writing any more about the ending but it's very satisfying. It was definitely a good idea to print Jonathan Smith's essay as an Afterword rather than an Introduction (even though I never read the Introduction first). I knew from reviews that the novel was based on a true story but I only skimmed the reviews I did read because I didn't want to know too much.

In this year of the centenary of the beginning of WWI, there will be many books published & reprinted. Wilfred and Eileen is a lovely novel with the added interest of being based on truth.
Posted by lyn at 2:24 AM