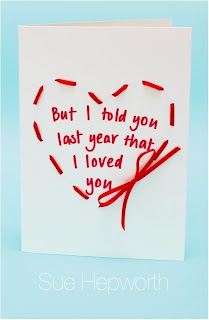 This is a novel about a marriage at the crossroads. Fran & Sol have been together over 30 years. Fran’s career ambitions were subsumed in her life as a wife & mother. Now, with only one daughter at home & Sol retired, Fran rediscovers her ambitions. She works as a volunteer at an advice bureau & is studying with a view to a paid job at the agency. Fran has a real talent for the work & it’s given her a sense of self-worth apart from her role in the family. When Fran is invited to apply for a job, she is thrilled. Sol, however, has other ideas.

Every year, they’ve gone to Northumbria for holidays. Sol has become more & more reluctant to leave when the holiday is over & return to their home in the Peak District. He becomes determined to move permanently although Fran is dismayed at the idea. She would miss so much – her job, her friends, her closeness to her daughter & grandchildren, her home most of all. When a local television company advertises for homeowners willing to rent out their homes for a reality makeover program, Sol decides to apply. The money would enable them to move to Northumbria for 18 months to try out this new life. What happens when two people want totally incompatible things? Fran finds herself becoming deceitful, hiding the fact that she’s applied for & been offered the job while she tries desperately to get Sol to see her point of view. She tries to remind him of how her ambitions for a research project had been unfulfilled years before,

How could he not remember? Were her life and her dreams and her desires of no interest to him?
“I was gutted when I got pregnant and I had to give it up. Why don’t you remember?”
She’d been devastated and he’d just said, “Rural deprivation sounds awfully dull. Don’t you think it’s a bit of a blessing?”
“But you could have filled in the form for practice,” he was saying now, “and asked Debbie to comment on it – give you feedback. You didn’t have to hand the thing in! Did they interview you and you didn’t tell me?” Fran nodded.
“How could you? Who are you, anyway? Do I know you?”

The trouble is that Sol is so completely self-absorbed that he doesn’t really know or understand Fran's point of view. This is more than just the conflict that can sometimes happen when a long-married couple suddenly find themselves thrown together all the time when the husband retires & the children leave home. I found Sol a difficult character to sympathise with. The story is told through Fran’s viewpoint but the picture of Sol is dismaying. He’s almost completely anti-social. He never goes to parties; hides upstairs if people drop in; refuses to go to his son’s wedding in San Francisco because he won’t fly or be taken out of his comfort zone. He has sudden obsessions for genealogy or his determination to move to Northumbria with or without Fran. Fran found his eccentricities endearing but I found him selfish & pigheaded if funny & disarmingly caring at times. There’s an explanation for his behaviour near the end of the book which didn’t surprise me but I was surprised that Fran was surprised by it. But then, love is unaccountable & Fran's closeness to Sol makes it even harder for her to acknowledge the real problem. Fran’s love for Sol makes her dilemma even more difficult,

Long-time love gets samey and comfortable and bland, she thought. It becomes just another strand in the fabric of your life that you don’t notice. And then there are those unexpected fleeting moments, like the time in the Co-op in the summer when Sol was doing the weekly shop while she went off to do something else, and she came back to wait for him on the old peoples’ bench next to the supervisor’s desk, behind the checkouts. She was sitting there waiting, and he was lifting the full bags into the trolley... She sat there, looking at his shapely tanned calves emerging from beneath the clever shorts, and her eyes slid down to his beautiful feet... and she felt a sudden rush of love.
Why did she love him when he was so impossible?

Sue will be launching But I Told You Last Year That I Loved You on Thursday June 9th at Scarthin Books, Cromford so if you're in the area, she would love to see you. Other launch events are listed here.

And tomorrow I'll be handing the blog over to Sue as she writes about her decision to self-publish.
Posted by lyn at 7:37 AM